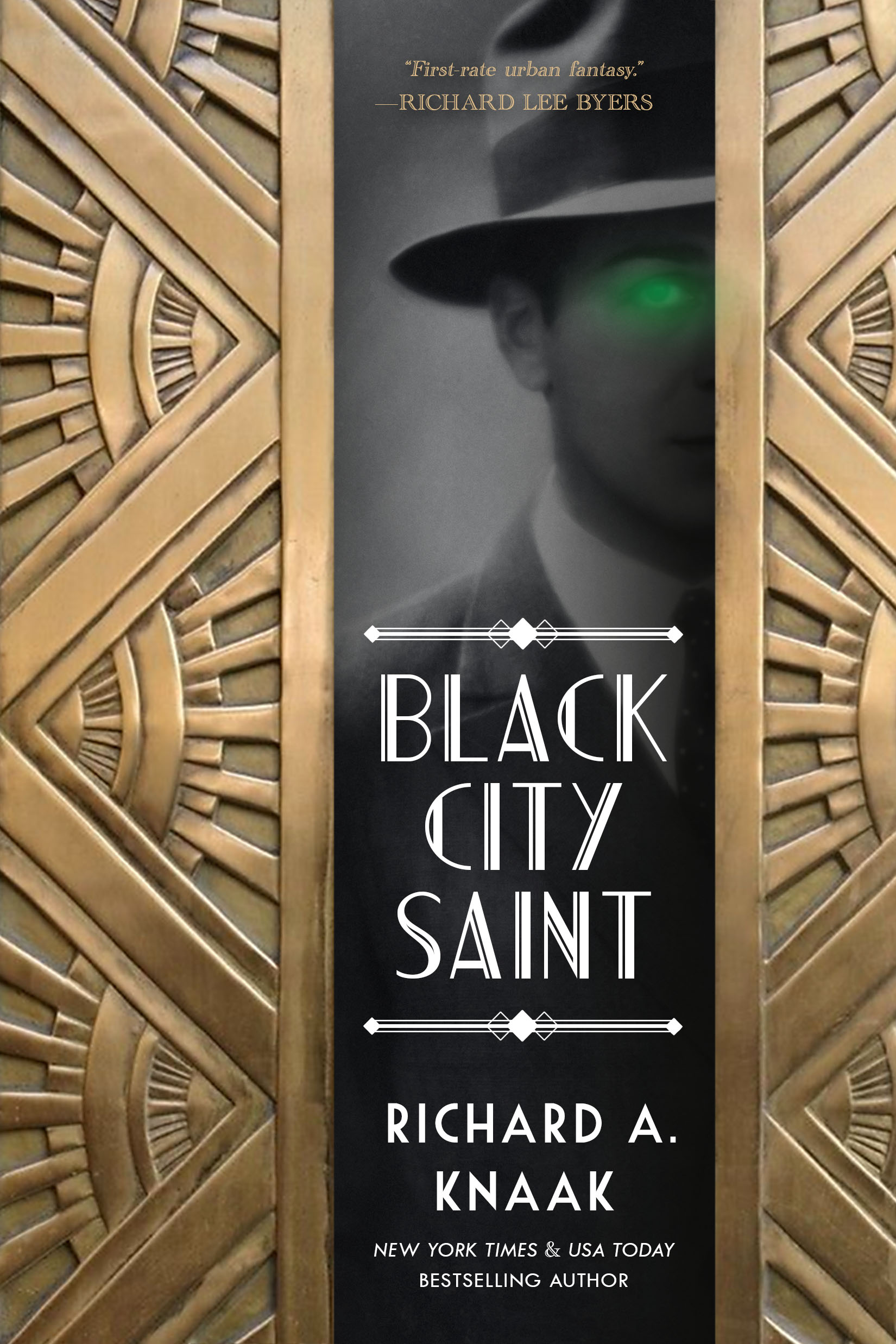 For more than sixteen hundred years, Nick Medea has followed and guarded the Gate that keeps the mortal realm and that of Feirie separate, seeking in vain absolution for the fatal errors he made when he slew the dragon. All that while, he has tried and failed to keep the woman he loves from dying over and over.

Yet in the fifty years since the Night the Dragon Breathed over the city of Chicago, the Gate has not only remained fixed, but open to the trespasses of the Wyld, the darkest of the Feiriefolk. Not only does that mean an evil resurrected from Nick’s own past, but the reincarnation of his lost Cleolinda, a reincarnation destined once more to die.

Nick must turn inward to that which he distrusts the most: the Dragon, the beast he slew when he was still only Saint George. He must turn to the monster residing in him, now a part of him...but ever seeking escape.

The gang war brewing between Prohibition bootleggers may be the least of his concerns. If Nick cannot prevent an old evil from opening the way between realms...then not only might Chicago face a fate worse than the Great Fire, but so will the rest of the mortal realm.

Since he became the guardian of the Gate between our world and Feirie sixteen hundred years ago, Nick Medea, once Saint George, has battled to keep the darkest Feirie--the Wyld--from invading the mortal plane. With the dragon an unwilling part of him, Nick maintains balance between realms, often at great cost to him and those nearest to him.

Nick and his ragtag confederates--including the shape-shifter Fetch and Nick's reincarnated love, Claryce--have battled the Wyld, but mortals as sinister as the darkest Feirie. Now, with Prohibition in full swing and bootlegger wars embattling Chicago, a murderous evil born of the mortal world has turned its attention to the power of the Gate...and Nick himself.

Nick must turn again to his most untrustworthy ally: the dragon within. Yet even together they may not be enough to face what was once a man...but is now a creature even dragons may fear.