THE RAVAGED EMPIRE IS COMING!

What name it might have borne before the Sons of the Wolf arose, no one can anymore say. The packs spread swiftly and, as they did, lands were torn asunder, peoples were eradicated, and so much knowledge was lost. The Sons of the Wolf remade all around them in the dark, fearsome image of their god, the Ravager, and gave, to all places of significance, titles significant to that monstrous deity.

For the continent itself, the Sons of the Wolf — also known as the Aramites or wolf raiders — chose the ominous name of Thornheln, said somehow to mark where first the Ravager had arisen to godhood. Yet, although the empire of the Aramites has since crumbled and war between those once enslaved and the Sons of the Wolf continues, Thornheln still remains the name by which all call the blood-soaked land. Some say that is appropriate, for they see the continuous carnage as the Ravager’s legacy. Worse, with the empire torn asunder, other horrors — either once buried by the wolf raiders but now returned or newly-born due to the terrible evils unleashed by sorcery — have spread across the continent, ensuring that darkness may yet forever engulf all.

This is the continent of the east, far across the waters from the Dragonrealm. Thornheln. Once the empire of the Aramites. Here, there be no dragons…save one gone astray.

Here, there be much worse.

Welcome to the Ravaged Empire.

The new saga in the world of the Dragonrealm.

Now, you can find your way home, assuming that you live either in the Dragonrealm or on Tiberos! Great maps suitable for framing! Autographed by me! $23 total for US readers for the Dragonrealm and $18 for Tiberos, the world of Rex Draconis!

To order, go to Paypal and pay the account gryphonbooks@sbcglobal.net Use the Friend button if available and make sure to include your name, address, and DR MAP or REX MAP.

REX DRACONIS: WAR OF THE DRAGON MOON PT. I releasing Tuesday, June 28th for the Kindle & the Nook! Preorder available now for Amazon!

(Due to a glitch on BN, if you preordered there, then you will likely have to order again when it is once more listed. Apologies)

Also available for preorder from Amazon & BN— THE GOOD HOUND, second in the MINOTAUR TALES!

WAR OF THE DRAGON MOON

Despite attempts by the wizard Amble and others to prevent bloody conflict, the minotaur empire and the allied kingdoms collide, with neither side truly aware that they are puppets in a struggle between gods and other forces seeking the Spider Ash. An artifact said to be the only thing capable of slaying the King of Dragons — a legendary creature so powerful that even the gods must kneel to him — the Spider Ash may also be the one weapon that can prevent the world of Tiberos from falling into horrific ruin.

But with the necromancer Anam Feirge and the wheyr leader Scaril on the verge of summoning Gnarfang, god of Chaos, to the world and the minotaur ruler under the sway of the dark goddess, Parani, Amble and his comrades must turn to the most unlikely of allies if they are to stave off the annihilation of countless lives…Kemontillus, the savage dragon of the east.

WAR OF THE DRAGON MOON Pi. I 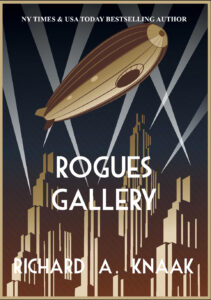 Now out in both trade paperback and ebook! Pulp adventurers, an alternate Chicago, and twists and turns!

A Chicago not unlike our own, yet not quite, in a time midway between two world wars. Here, there are the costumed adventurers and villains seeking gain, power, and fear. They might very well overwhelm the police and other forces for justice — including briefly-known heroes such as the Dial — but ever standing in their way is one man who they cannot defeat. The Legionary has protected the city for over ten years and in that time many a criminal has fallen or been incarcerated. Some have returned again and again, but always to be foiled.

Until now. Until the Legionary’s vanishing. More than a month has passed since his last sighting, since his last foe defeated. At first, a lull hovered over Chicago. Certain that it was a trick, villains held back as they awaited the Legionary’s miraculous return at any moment. After all, he had vanished once before for more than two weeks.

But finally, the first daring rogues committed their audacious crimes — and still the city’s hero did not this time return to stop them. And so, anarchy arose. Unfettered from their fear of defeat and capture, villains swarmed over the city, looting, murdering, and destroying. The police sought to stem the tide, but they were washed away by it instead.

And then, the unthinkable happened…

Autographed copies available to order! For $25 (All prices US readers) , receive a signed trade paperback! For $42, a signed limited edition! For $75, the signed ultra limited edition (includes two more short stories for a total of three, plus other material)!

To order, go to Paypal and pay the account gryphonbooks@sbcglobal.net Use the Friend button if available and make sure to include your name, address, and ROGUES! 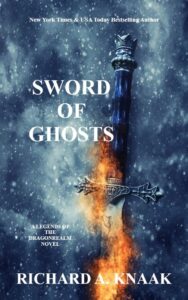 LEGENDS OF THE DRAGONREALM:

Already released in ebook, with trade paperback, limited edition hardcover, and audio coming! Discover the latest in the Dragonrealm saga, with this follow-up to KNIGHTS OF THE FROST (which also has audio imminent!)

The City of Knowledge lies conquered, its longtime ruler, the Gryphon, now in exile as the Aramites continue their quest to finally extend their mastery to the Dragonrealm. With Shade and Valea lost in the world of Nimth — birthplace of the dread Vraad sorcerers — Cabe and Gwen Bedlam must turn to others not only to stop the wolf raiders’ advances, but combat a vengeful undead dragon seeking Cabe. All this, as the countless spirits once enslaved by the Lords of the Dead now spread unchecked across the lands, some with sinister intentions of their own.

But as the Aramite Orril D’Marr pursues his own twisted vendetta against the Gryphon and Shade must confront horrible secrets from his past that still reach out from Nimth, Cabe finds himself in the worst of nightmares as he seeks a monstrous weapon that may be the heart of all the threats. To not only find it but also survive its dark power, the mage must join forces with his greatest fear, his greatest hatred, in the form of a ghostly sorcerer whose bloody legacy has hung over Cabe for all his life.

His father, the infamous Azran Bedlam.

To order directly from Amazon, either go to my Associates Bookstore or click this link:

All reader support is welcome! For $25 (US readers) , receive a signed trade paperback of SWORD OF GHOSTS once published! For $42, a signed limited edition!

To support, go to Paypal and pay the account gryphonbooks@sbcglobal.net Use the Friend button if available and make sure to include your name, address, and SWORD! 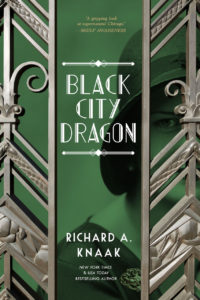 The critically-acclaimed new urban fantasy series by the author of the Dragonrealm, the Legend of Huma, WoW: Wolfheart, and more! Gangsters, magic, saints, and dragons in Prohibition Chicago! Black City Dragon coming to audio soon!

See below for my Amazon Associates Store for the Amazon link 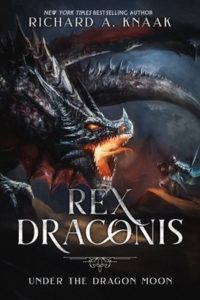 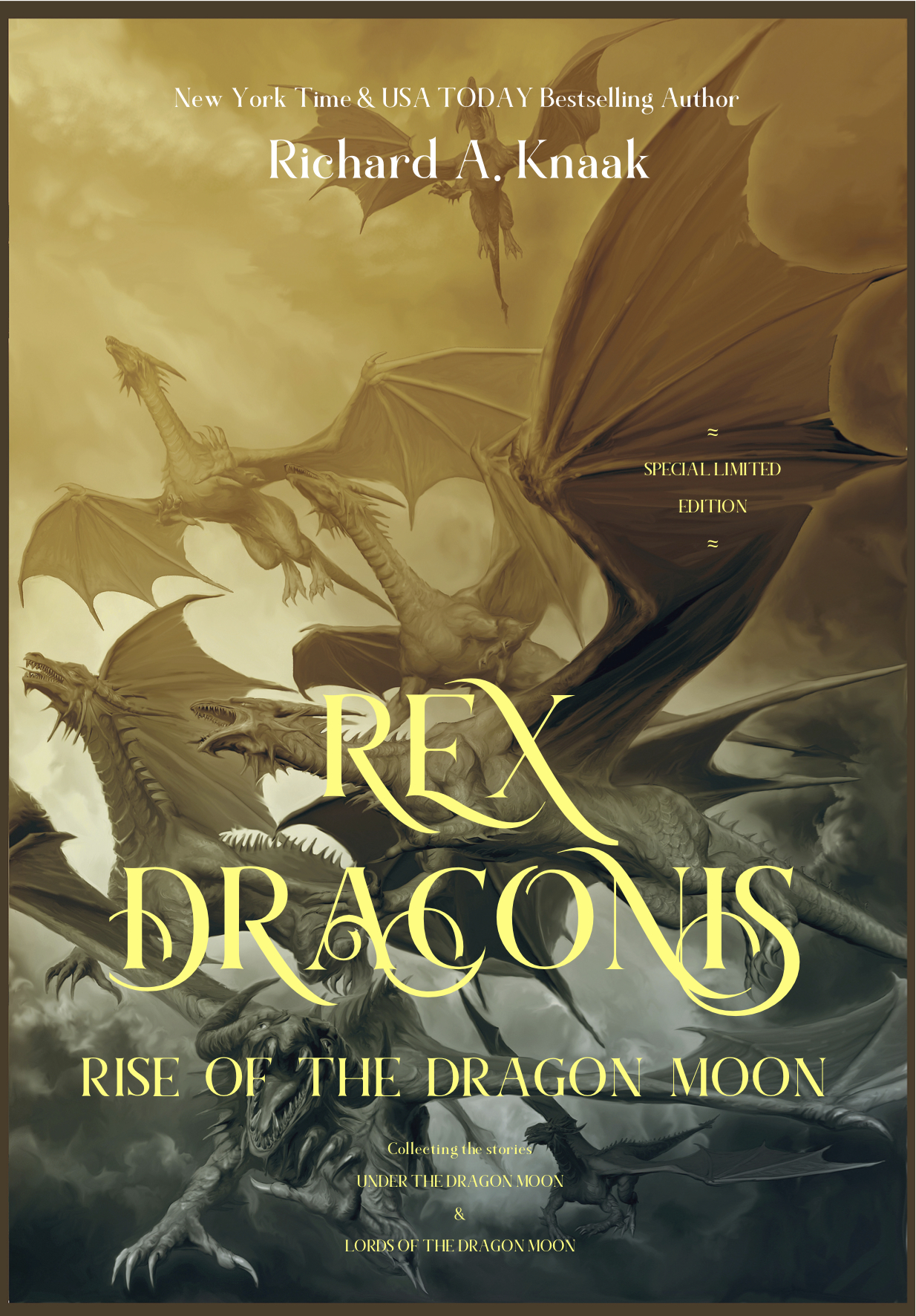 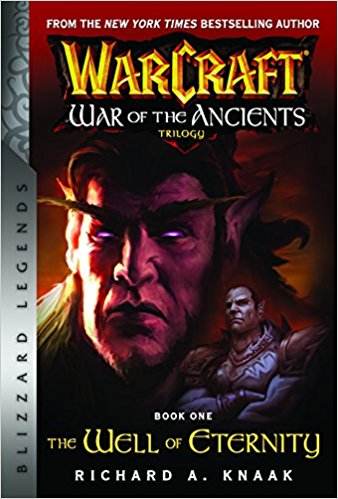 Are you one of those who purchase my books through Amazon?  Now you can find out exactly what’s available by ordering directly through this store!  Check here to find out some surprises as well!

From the Dragonrealm and Dragonlance to World of Warcraft and the Black City Saint series, here you’ll find more about my work!

For more immediate news on my work, please also make sure to like my Facebook Pro page, linked at the bottom of this page! 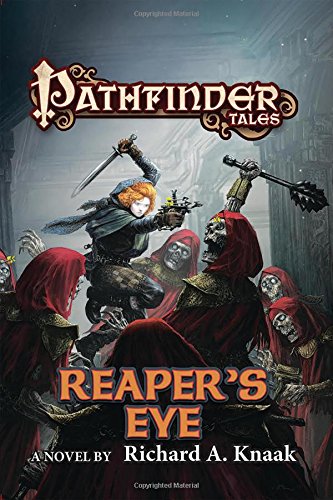